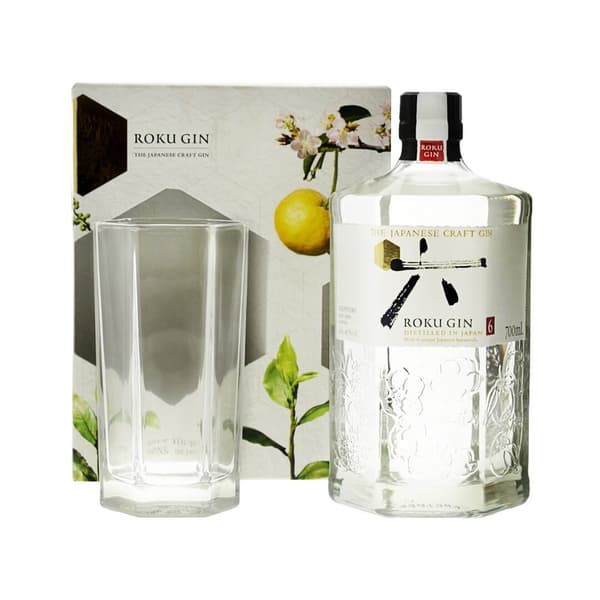 ROKU The Japanese Craft Gin SET mit Longdrink Glas 70 cl / 43 % Japan This gin is all about the number "6" because there are exactly six Japanese botanicals that make the taste of the latest Suntory release so unmistakable. Six...

This gin is all about the number "6" because there are exactly six Japanese botanicals that make the taste of the latest Suntory release so unmistakable.

Six Japanese ingredients guide the consumers of this craft gin through the four seasons of the strange Far Eastern island nation. These include cherry blossoms and cherry leaves harvested in spring, green tea processed in summer and refined green tea, sansho peppers harvested in the fall, and yuzu fruit peel in winter. However, with this exotic botanical combination, the 43% alcohol is unlikely to be called gin. Therefore juniper, coriander, angelica root, angelica seeds, cardamom, cinnamon, bitter orange and lemon are also added. The Roku Gin is another child of the Suntory empire who has been active in gin production since 1936. In 2017, they released the most recently-created juniper schnapps in an aesthetic six-sided bottle. By the way, "Roku" stands for the number "6" and alludes to the six Japanese botanicals that make the gin so unique.