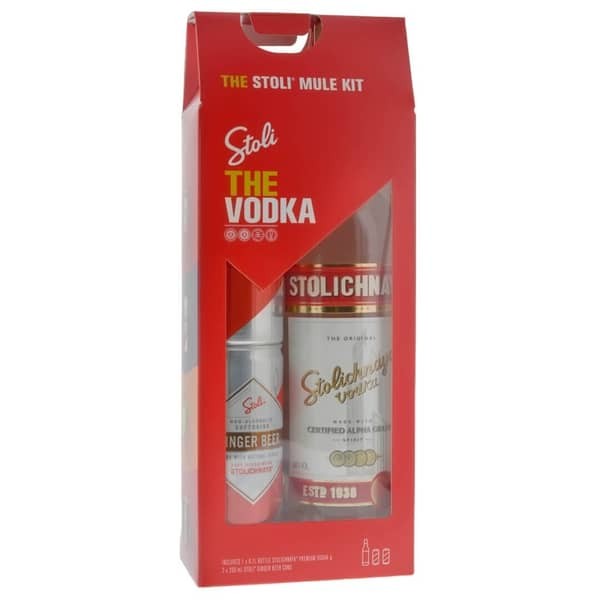 The famous Russian vodka Stolichnaya together with 2 bottles of Ginger Beer (à 25cl) in the practical Moscow Mule Set.

Stolichnaya is a world famous Russian vodka, which was first distilled in Moscow in 1956. With an annual production of more than 15 million cases, it is considered the best-selling vodka in the world, ahead of Smirnoff and Absolut. Today, Stolichnaya is no longer produced in Russia. The current distillery is located in Latvia and belongs to the SPI Cyprus group. However, the ingredients for Stolichnaya still come from Russia, so some fans still talk about Russian vodka. The basis is rye and wheat, as well as water that comes from artesian wells near the cities of Samara and Kaliningrad. Fermentation lasts 60 hours, followed by a fourfold distillation process. The distillate is then filtered several times through quartz sand, activated carbon and linen.