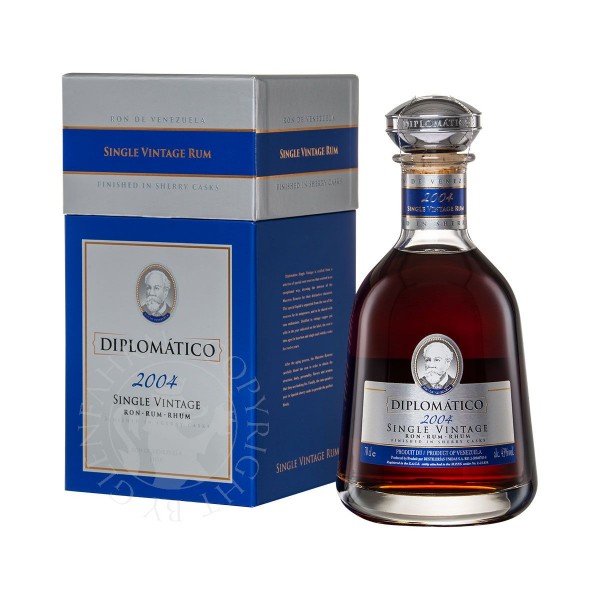 DIPLOMATICO Single Vintage 2004 (Limited Edition) 70 cl / 43 % Venezuela   Diplomaticos Single Vintage Edition is a compilation of the most outstanding single rum distilled in 2004 and stored in three types of barrel until its completion...