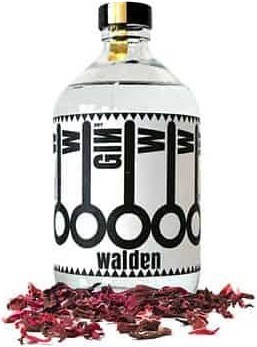 Walden GIN 50 cl / 42 % Schweiz A whiskey from the Bernese Oberland, which comes up with slightly woody notes, coffee and chocolate tones, malt, caramel and vanilla bean. Alcoholic beverages have been brewed and distilled in the Interlaken...

A whiskey from the Bernese Oberland, which comes up with slightly woody notes, coffee and chocolate tones, malt, caramel and vanilla bean.

Alcoholic beverages have been brewed and distilled in the Interlaken area since as early as 1866. The mystical rock cellar was built a few years later specifically for barrel storage and since 1892 the business has been in the hands of the Hofweber family. It wasn't until 1999 that the brewery, now known as Rugenbräu AG, was allowed to produce whiskey for the first time - and immediately took advantage of the new opportunity that arose. In 2008, they presented the first single malt whisky, which is now called "Classic" due to the extensive range. The Double Barrel Whisky is also distilled in the discontinuous pot still process and then stored in the historic Rugen rock cellar. It is obvious that the maturation takes place in two different types of barrels, although the manufacturer is cagey about this. The single malt is described as a "gentle whiskey with a typical vanilla note and light maltiness.