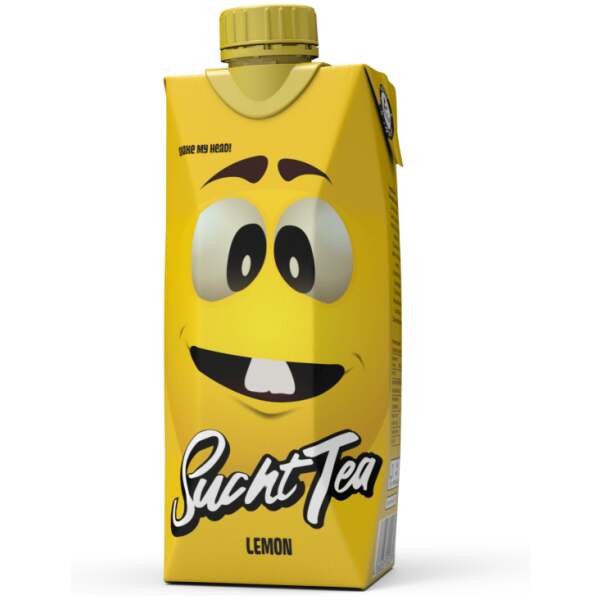 SuchtTea von CanBroke Eistee LEMON 50 ml Deutschland Suchttea is YouTuber CanBroke's iced tea. In the past, beverage manufacturers would approach celebrities and ask them to advertise their products - for a fee, of course. Today, celebrities...

Suchttea is YouTuber CanBroke's iced tea. In the past, beverage manufacturers would approach celebrities and ask them to advertise their products - for a fee, of course. Today, celebrities like CanBroke launch the products themselves. Instead of merely lending their face and voice to a product, they determine everything themselves: from the name to the taste to the packaging design. CanBroke also went down this path with his Suchttea. Like the rapper Shirin David and the rapper Capital Bra before him, the man with Turkish roots and the ultra-fast mouth launched his own iced tea: Suchttea - the iced tea that tastes so bad it's addictive. Unlike many other celebrities, CanBroke has a great affinity for food and drink. And thus, a certain amount of credibility. After all, he regularly takes his followers on culinary tours of major European cities. For example, on a food tour through Vienna, where CanBroke goes in search of "the best kebab in town".

On his YouTube channel, CanBroke makes no secret of the fact that he was inspired by other celebrities when developing his iced tea. Accordingly, he didn't experiment when it came to flavor, launching more or less the same flavors as the competition: Bubble Gum, Lemon, Peach and Watermelon. CanBroke justifies its decision by saying that it wants to prove with the four flavors that addictive tea tastes better than the iced tea of other celebrities. No less self-confident, CanBroke also announces in a video that other varieties of Suchttea will follow. Only time will tell whether he will then take his cue from the iced teas of other celebrities and "simply make them better" or whether he will develop his own, perhaps even more unusual flavors - and probably also the success of Suchttea.