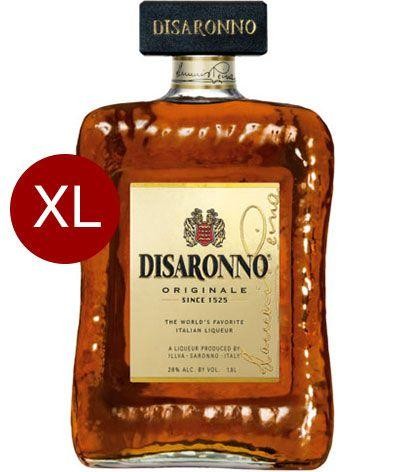 Amaretto Disaronno Almond liqueur MAGNUM bottle 1.75 liters / 28% Italy Height of the bottle: 27 cm Since Amaretto tastes of sweet and bitter almonds, it is also commonly called Mandellikör.Etwas different with the Amaretto Disaronno. It...

This product is currently not available.
CHF99.00 *

Height of the bottle: 27 cm

Since Amaretto tastes of sweet and bitter almonds, it is also commonly called Mandellikör.Etwas different with the Amaretto Disaronno. It does not contain a single almond, neither a sweet nor a bitter one. It is made from apricot kernels, the core of apricot stone, sometimes referred to as "apricot almonds". The apricot kernels are sourced from Saronno, a small town north of Milan in the province of Varese, from all over the Mediterranean. They are macerated (drained) in Grappa. The hydrocyanic acid, which is present in apricot kernels as in bitter almonds, is eliminated in the distillation. Amaretto Disaronno is the first and oldest Amaretto ever. The premium brand has established itself internationally, is present in over 150 countries and is still enjoying increasing popularity.