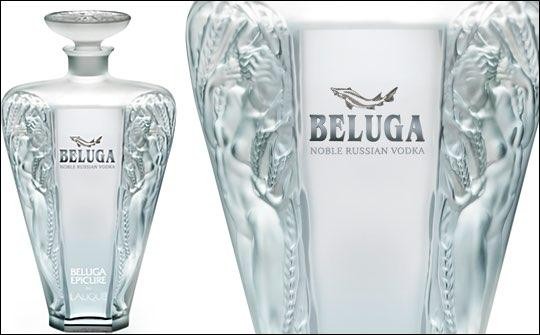 Beluga Epicure by Lalique is set to retail for approximately €6,000

When designing the decanter, Larminaux drew inspiration from Lalique’s ‘three F’ themes – female, flora and fauna – as well as Beluga’s ingredients to create a nude female figure surrounded by ears of wheat.

Artisans at Lalique’s workshops in Alsace, France, produce each decanter by hand by blowing crystal pieces in an iron mold.

Master polishers then refine the contrast between the clear and satin-finished crystal, before engraving a serial number on the bottom of each decanter.

The decanters are then sent to the Mariinsk Distillery in Siberia, Russia, where Beluga production facilities have been producing vodka for more than 100 years.

To create the recipe for Epicure, Beluga master distillers used a malt spirit produced from a select wheat harvest, inspired by a historical recipe.

The expression is made with pure water drawn from artesian springs in Siberia, and rested for 100 days, and was named Epicure to “highlight the preciousness of fleeting moments”.