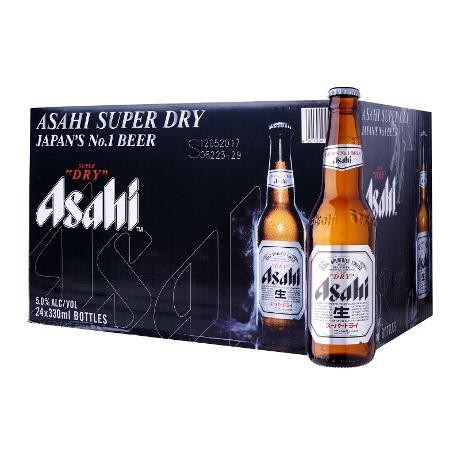 Asahi Super Dry was a direct result of extensive market research which indicated a consumer preference for a more palatable beer with less maltiness, relatively high alcohol content and a light aftertaste, that paired well with the changing...

Asahi Super Dry was a direct result of extensive market research which indicated a consumer preference for a more palatable beer with less maltiness, relatively high alcohol content and a light aftertaste, that paired well with the changing Japanese diet. With this insight Asahi used its brewing knowledge to develop a beer with a crisp bite, refreshing taste and clear finish to satisfied this requirement. Code named project FX, Asahi engineered a highly attenuated, highly carbonated pilsner. The later renamed product, Super Dry began sales on March 17th 1987 and gave birth to the dry beer category. The market success spawned similar competitor products and initiated what was known as the “Dry Wars” in Japan and a brief marketing fad for dry beers internationally. However Asahi has stood the test of time and now years later Super Dry continues it legacy as the world’s premier dry beer. Special Yeast - Asahi # 318 is the proprietary ingredient used to give Super Dry its “dryness”. This special strand of yeast produces high attenuation during fermentation in conjunction with the choice grains. Finest Ingredients – Asahi uses select grains and hops sourced worldwide based on strict criteria to maintain flavor consistency and promote sustainability. Barely with high starch content and both noble style bitter and fine aroma hops are key contributors to Super Dry’s smooth taste. ABV 4.9-5% (Depends on package type and location) IBU 20 SRM 4