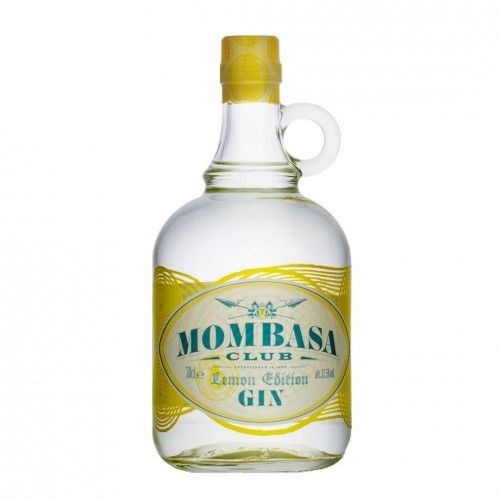 Mombasa Club Gin LEMON Edition 70 cl / 37.5 % UK The Lemon Edition of Mombasa Club Dry Gins is produced by triple distillation and flavored with lemons and other natural ingredients. It is well known that the colonial period of the British...

The Lemon Edition of Mombasa Club Dry Gins is produced by triple distillation and flavored with lemons and other natural ingredients.

It is well known that the colonial period of the British Empire contributed a lot to the development of gin. It is also known that the British officers laid the foundation for tonic water and gin & tonic. Another anecdote from the British colonies begins in 1888 when the Imperial British Africa Company came to Kenya and took over the administration of British East Africa for a few years. This is where the story of Mombasa Club Gins began: In the busy coastal town an exclusive club opened its doors - of course only for selected members. The guests of distinction were served, among other things, Mombasa Club London Dry Gin, which was produced in the old home country and then shipped to Kenya. Now the Mombasa Club Gin palette has been extended a little bit: besides a strawberry gin you can now also taste the Lemon Edition, which is flavoured with Mediterranean lemons.