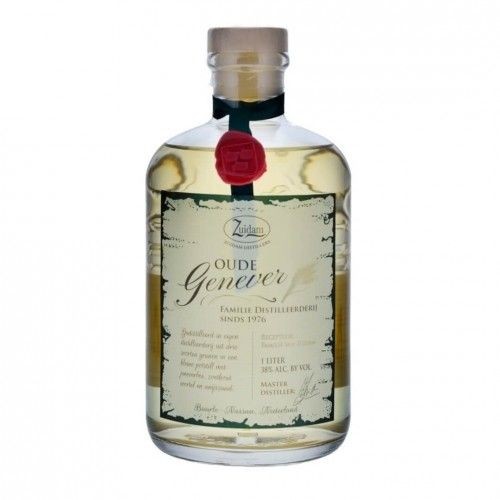 Zuidam Zeer Oude GENEVER 1 Liter / 38 % Holland The "Oude Genever" is made from three types of grain and flavoured with juniper, liquorice root and aniseed. Details The Dutch distillery Zuidam was founded in 1975 by Fred van Zuidam and...

The "Oude Genever" is made from three types of grain and flavoured with juniper, liquorice root and aniseed.

The Dutch distillery Zuidam was founded in 1975 by Fred van Zuidam and specializes in exclusive grain brandy products. The real breakthrough came ten years later when his wife Helene took over the design of the products. For their spirits the family uses only natural and carefully selected ingredients, which they process in a very traditional way. The "Zuidam Oude Genever" is based on a mixture of malted barley, rye and corn and has a high proportion of eau de vie. After a week of fermentation, the "Oude Genever" is distilled three times, enriched with the ingredients and stored for about three years (hence the name "oude" for old).