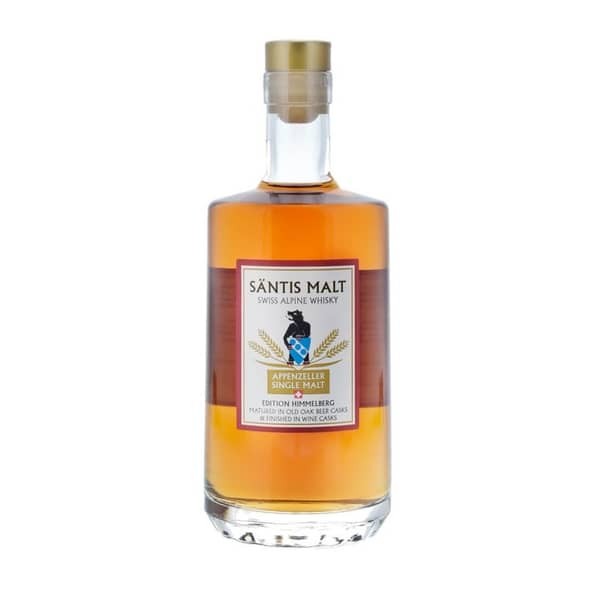 The secret of Edition Himmelberg lies in its maturation in different barrels. After two years in the oak beer kegs, two more years follow in different wine barrels. This maturation gives the whiskey a light and fruity note, which shows on the palate its true face with spicy and woody aromas.

At the foot of the Alpstein are the hidden cellars of the Locher family, where the Säntis Malt matures. In 1886, the family took over the brewery in Appenzell, which is still brewery and distillery today. Brewmaster Karl Locher with the production of Säntis Malt. The brewery Locher AG came on the market in 2002 with the first products and entered the history books as a pioneer of Swiss whiskey production. Spicy barley, pure spring water from the Appenzeller mountains and the careful development in up to 130-year-old oak beer barrels give the single malt whiskey the only flavor and its award-winning quality.