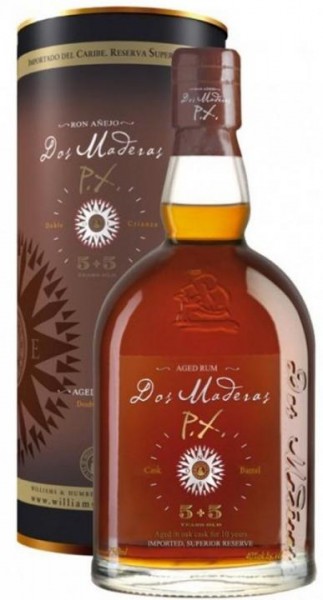 A great Rum from Barbados and Guyana which matured for 5 years in Bourbon whiskey barrels and a further 5 years in sherry casks that previously 20-year-old Pedro Ximenez Sherry contained. For beginners as well as for the experienced connoisseur a wonderful bottling. The Dos Maderas PX brought by its beautiful sherry notes, one or the other single malt lovers of sherry cask whiskeys developed in embarrassment.

Dark amber in color. Fragrances such as raisins and figs with hints of vanilla is supported. Even the taste of rum demonstrates its maturity. The palate is delighted by flavors of raisins, the sweetness of figs and a touch of vanilla. Full-bodied to the long finish!