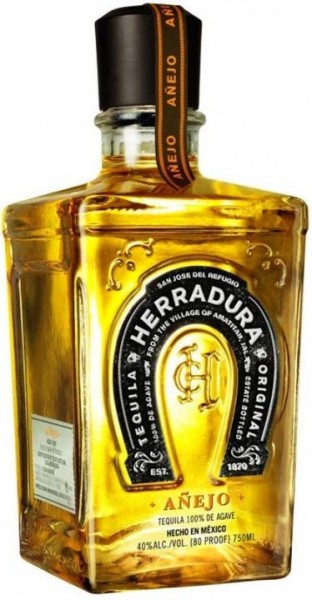 This tequila matured in oak barrels for two years.

Exact age information is not available at tequila. Instead, the consumer must be labeled "Blanco" (= un-aged), "Reposado" (matured for at least two months), "Añejo" (matured for at least a year) and "Extra Anejo" (at least three years long matured) satisfied. Thirty miles outside of Guadalajara in the city of Amatitan lies the Hacienda Herradura. In 1974, the category "Reposado" was invented, because nobody had left his tequila so long ago. However, the company has existed since 1870. In the hacienda, the agave hearts are cooked in stone ovens and the fermented syrup is distilled in old copper firing kettles before the tequila is aged for 24 months in oak barrels.