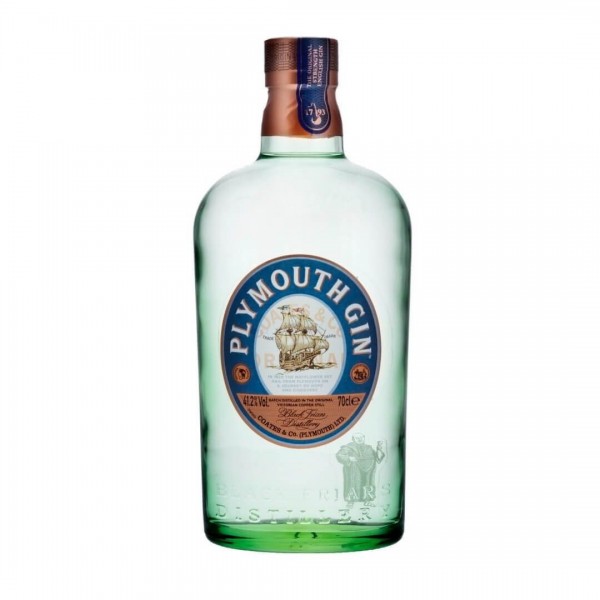 PLYMOUTH original GIN 70 cl / 41.2% UK Plymouth Gin is without question one of the best and most famous gin in the world. Plymouth Gin is bottled in traditional Plymouth-strength of 41.2% by volume and is a bit sweeter than the dry...


One with EU quality seal protected gin and one of the oldest gin in the world. The Plymouth Gin is protected as a geographical indication of origin of the EU Commission. Plymouth Gin must therefore bear only the name if it has been distilled in the English port of Plymouth. Gin was formerly a very favorable spirit and was almost exclusively consumed by the lower classes. This resulted due to the often inferior quality of gin to significant health and social problems in society. Was served only when Gin better quality on board the British navy, this led to slow global dissemination and until today continuing reputation of British gin. So was served for example in British India tonic water to the soldiers, because the quinine in tonic water contained antimalarial helps. However, this was the tonic water often bitter, which is why they mixed it with gin. The Gin & Tonic was born and whose recipe was spread by the British sailors around the world. On board the ships of the time produced in Plymouth Gin was mostly loaded because of the port of Plymouth was at that time one of the busiest ports on the island. Unlike the better-known nowadays London Dry Gin, the Plymouth Gin is somewhat less dry. The slightly sweeter style of Plymouth Gin is produced by a higher proportion of Botanicals. The higher proportion of Botanicals also ensures that the Plymouth Gin is often "more earthy" flavor than the are after London Dry Gin worry. Another difference compared to London Dry Gin is that of Plymouth Gin is bottled with traditional 41.2% Vol.. An alcoholic strength of 41.2% vol. Is thus a clear sign of recognition for the original Plymouth Gin! At the present time Plymouth Gin is unfortunately only produced by a distillery, the Black Friars Distillery, and is often only connoisseurs a term. However, this estimate the Black Friars Distillery produced by the already since 1793 Plymouth Gin very high!
Evaluations 3
Read, write and discuss reviews... more
Close menu
Customer evaluation for "PLYMOUTH Original GIN 70 cl / 41.2 % UK"
From: Anonymous On: 6 May 2015