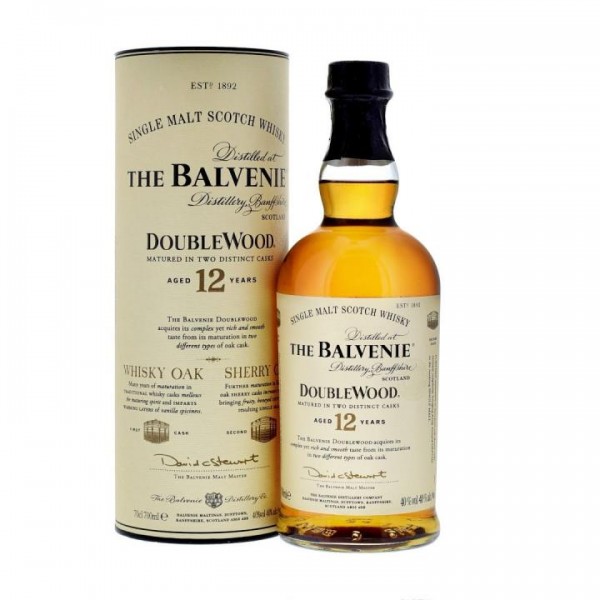 Extremely complex single highland malt. First 12 years in American oak, then aged 6 months in former sherry casks. Full, round body with a large, lasting finish. The distillery Balvenie was built in 1892 by William Grants and his...

The distillery Balvenie was built in 1892 by William Grants and his sons. Even today, the distillery, together with Glenfiddich and Kininvie is owned by the family William Grant & Sons. The name derives from the nearby Balvenie Castle. The New Balvenie Castle, a former manor house, served as a stone supplier for the construction of the distillery. Incidentally, the first stills were purchased second-hand from Lagavulin and Glen Albyn. Today, the distillery has 8 stills with the so-called Balevenie bubble, a balloon between the neck and the still. Today, there are several other distilleries, which also have a similar form of stills. Through the same owner and their proximity to Glenfiddich certain synergies are used. So Balvenie uses the waste heat from Glenfiddich for heating the stills. Also, both use the same source (Robbie Dubh), whose peculiarity is that William Grant at that time bought all the land around up to the two distilleries to make sure that nothing happens to the water or is dried up or polluted by building projects. The family is still very proud of it today. David Stewart, the "boss of the house," as he likes to be called, was the first to put the finishing touch into action, setting in motion a trend that continues today.