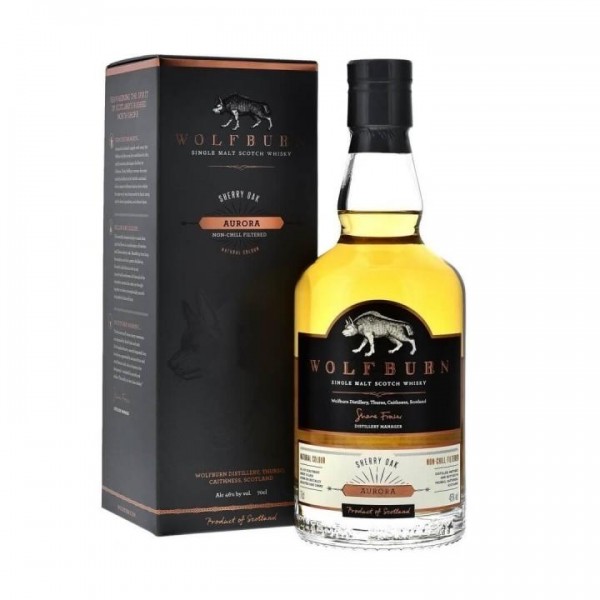 A three-year Scotch single malt launched in 2016, clearly influenced by First Fill Sherry Oloroso barrels. The Wolfburn Distillery is the northernmost distillery on the Scottish mainland. From about 1821 to 1870, the original whiskey was...

Alkohol:
Ja
This product is currently not available.
Please inform me as soon as the product is available again.
CHF79.00 *

The Wolfburn Distillery is the northernmost distillery on the Scottish mainland. From about 1821 to 1870, the original whiskey was produced; In 2013, Andrew Thomson and Harry Tayler stumbled on the long-lost distillery and decided to open a new distillery with the same name in the immediate vicinity.
The "Wolfburn Aurora" is a hand-made Scotch Single Malt that has been aged for three years in Refill American Standard Barrels (80%) and First Fill Sherry Oloroso Barrels (20%). The whiskey was launched in September 2016.