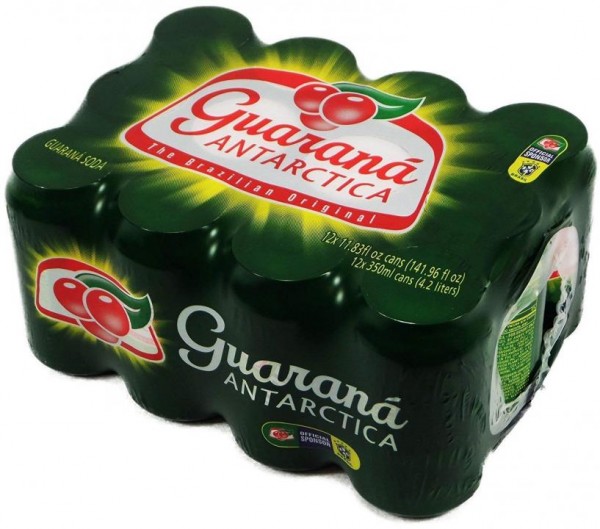 Ordered online, conveniently delivered to your home
Description Evaluations 0
Description
Guarana Antarctica is a soft drink from Brazil. It has been produced there with increasing... more
Close menu

The effect of Guarana Antarctica
Guarana Antarctica has a very revitalizing effect due to its high content of natural guarana. This effect achieves the drink much gentler and without side effects, as it is known from the established soft drinks.

A look at the ingredients of a 0.33 liter standard can proves it:

100 milliliters of Guarana Antarctica contain 170 calories, including 40 kcal of fat. Ten grams of natural cane sugar complete the taste and support the awakening effect of guarana extract. But full ten grams of protein give the Guarana Antarctica a very high sewing value. As preservatives traces of E 211 and E 202 are included. The high content of guarana finally makes the addition of natural flavors necessary. Because as effective as Guarana is, it is unfortunately so bitter. Untreated, it is barely edible.