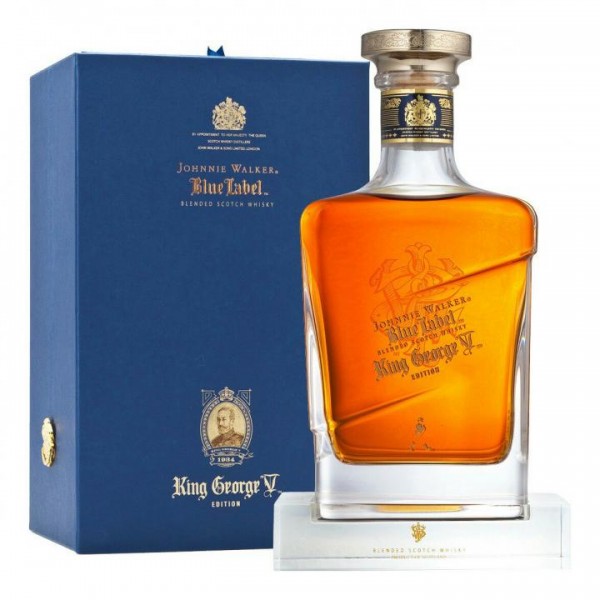 In 1820 John Walker opened his first small shop, but he had more ambitions. Only a century later, John Walker & Sons was appointed King Royal V to the royal court supplier.

Johnnie Walker was now in the best way to establish herself as the world's most popular Scotch whiskey. To be appointed to the royal court supplier was a significant step in this direction.

Only the finest whiskeys from distilleries, which were in operation during George's 25-year reign (1910-1936), are used for its production. Some of these distilleries no longer exist, e.g. Port Ellen. They are so dazzled that they express the typical character of Johnnie Walker from this era.

This is an opulent and royal blended whiskey. John Walker & Sons King George V is a sensual, multi-layered and intense whiskey that unfolds a kaleidoscope of flavor and flavors. Light notes of roasted nuts, dark chocolate and a strong sweet smell combine elegantly with notes of honey, citrus, orange and rose blossom. This luxurious whiskey is distinguished by its pronounced complexity.