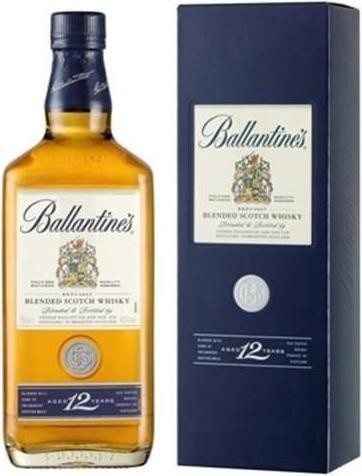 Creamy with sweet honey notes Discover this whiskey on ice with some soda water The personal favorite of our Master Blenders For this composition of sweet honey notes, 12 years and longer matured whiskeys were blended together. history In...

Alkohol:
Ja
Please inform me as soon as the product is available again.
CHF39.90 *

For this composition of sweet honey notes, 12 years and longer matured whiskeys were blended together.
history

In 1827, 18-year-old George Ballantine's opened a grocery store in Edinburgh, where he also started trading highland whiskeys. After the death of George Ballantine's I. led his son George II and later his grandson George III. the whiskey business. In 1895 he was appointed royal court purveyor by Queen Victoria. Ballantine's was exported to America and Canada in plethora during Prohibition in the United States. Today, Ballantine's Pernod Ricard is ranked third worldwide with 5 million boxes sold each year.